The Collective says there is international demand to accept cryptocurrency, and will take it for rent payments from autumn

A London property developer is to allow its tenants to pay their deposits in bitcoin– the first time the virtual currency has been used in the UK residential homes market.

Co-living pioneer The Collective has announced that prospective tenants can pay deposits from Monday in bitcoin. By the end of this year it will also accept rent payments in the cryptocurrency. This is the first time in the UK a major property developer has enabled bitcoin payments. The Collective said it was in response to demand predominantly from international customers.

The price of bitcoin hit a record high of $4,700 (£3,627) last week, having risen by 350% since the beginning of the year. Bitcoin is the world’s first decentralised currency and is not controlled by any government or bank. While increased global recognition is leading to mainstream adoption, critics warn that – as a vehicle popular with speculators looking to make a quick buck – it is volatile, risky and potentially dangerous.

However, from Monday The Collective’s online booking form for its Old Oak co-living scheme – the world’s largest co-living development,with 550 rooms, which launched last May and where rent starts from £178 a week for a 10 sq m space – will accept bitcoin deposits. The standard deposit is £500 – for all unit types and sizes – and The Collective has pledged “spot conversion”, which means it will bear any financial risk while holding the deposit, returning it at the original value when the tenancy finishes.

Tenants will have the ability to pay their rent using bitcoin from this autumn.

“The rise and adoption of cryptocurrency globally, particularly bitcoin, is a fascinating development in how people store value and transact for goods and services worldwide,” said The Collective’s chief executive and founder, Reza Merchant. “With many savers and investors now choosing and becoming more comfortable with cryptocurrency, people will expect to be able to use it to pay for life’s essentials, including housing deposits and rent.”

However, the Association of Residential Letting Agents (Arla) expressed reservations. “There may be niche parts of the market that would be willing to accept bitcoin in exchange for traditional rental income,” said David Cox, chief executive of Arla Propertymark, but I think the bitcoin and electronic currency market is still in its infancy and the market will need to develop more before it becomes a mainstream payment method for rent.”

The Collective’s head of technology, Jon Taylor, said: “One of the biggest barriers to the popularity of bitcoin is making it more consumer-friendly, and we believe this will become established as an easy and convenient way to pay deposits.”

The Collective’s model is to give tenants a hassle-free life similar to that in a student hall of residence, but for people starting out on their career. Its expanding facilities offer a 21st-century alternative to flat-sharing, the traditional rite of passage for twentysomethings arriving in the capital. Tenancy levels are typically 97.7% and the first Collective baby was born in August, although the family has since had to move out as children and pets are not allowed to live in the building.

The company recently announced that the London Legacy Development Corporation was set to grant the world’s first “co-living” planning permission for its latest building, a 250-room, 19-storey development in Stratford, east London, which will open in late 2018 or early 2019. It has also acquired a third major site in London’s Canary Wharf. 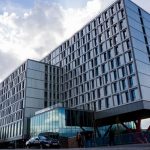 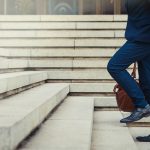 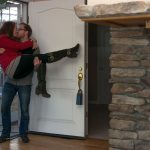